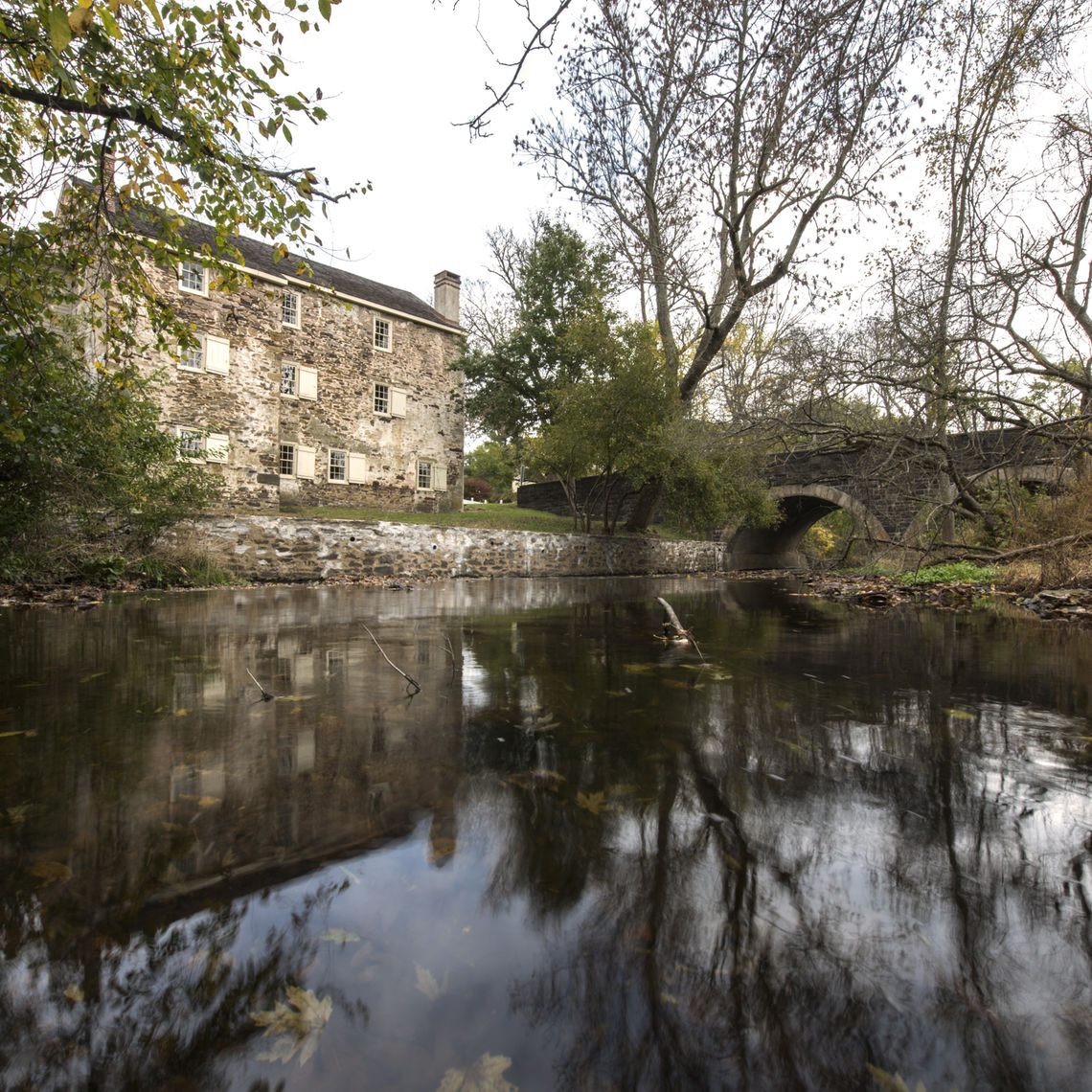 Once scores of mills lined the banks of the Wissahickon Creek using the Creek's water to power industries which sawed wood, made paper, ground grain, and manufactured felt. Today nearly all of these buildings are gone, having been destroyed or converted to other uses. Wissahickon Trails’ Evans-Mumbower Mill still stands, preserved, operational, and open to the public, offering a glimpse into the past.

A visit provides an understanding the history of an old Wissahickon mill and how important such buildings were to the people and economy of the Wissahickon Valley. The mill was first built in 1745 and over the course of its life changed ownership and underwent renovations several times. The present structure operated as a mill for nearly 100 years. In the later part of the 20th century, the mill was in great disrepair. In 1987, the mill was passed to Wissahickon Trails and significant renovations brought the building back to life. In 2008, it was listed on the National Register of Historic Places. In 2018 an operational blacksmith shop was opened next to the mill for demonstrations. 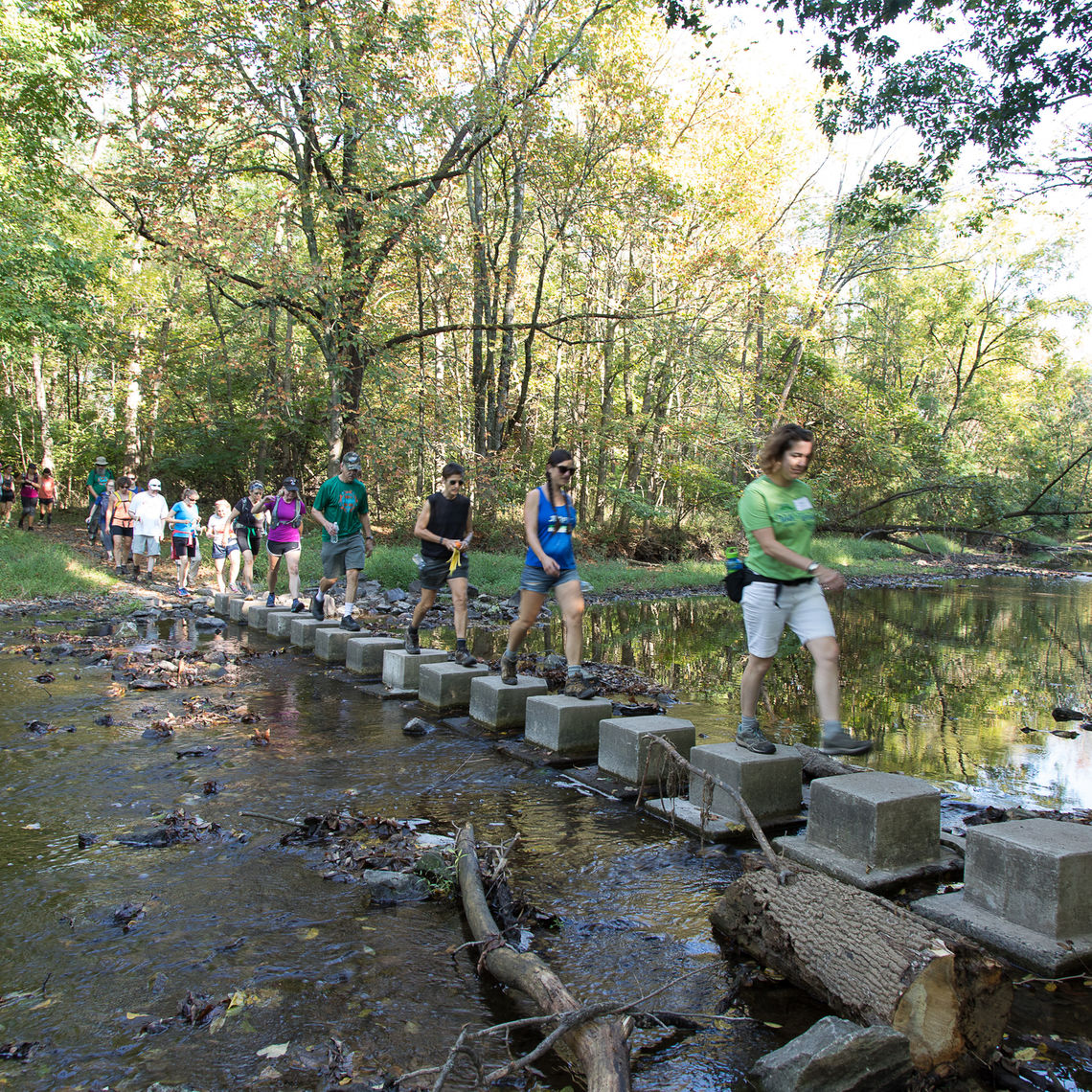 There are eight stepping stone crossings that crisscross the Wissahickon Creek from the Green Ribbon Trailhead to mile marker 10. These stone crossings are ecologically less impactful than other types of stream crossings and they keep trail users feet dry. Also, they are very photogenic. They are one of the most photographed icons of the upper Wissahickon Valley and a fun way to cross the creek. 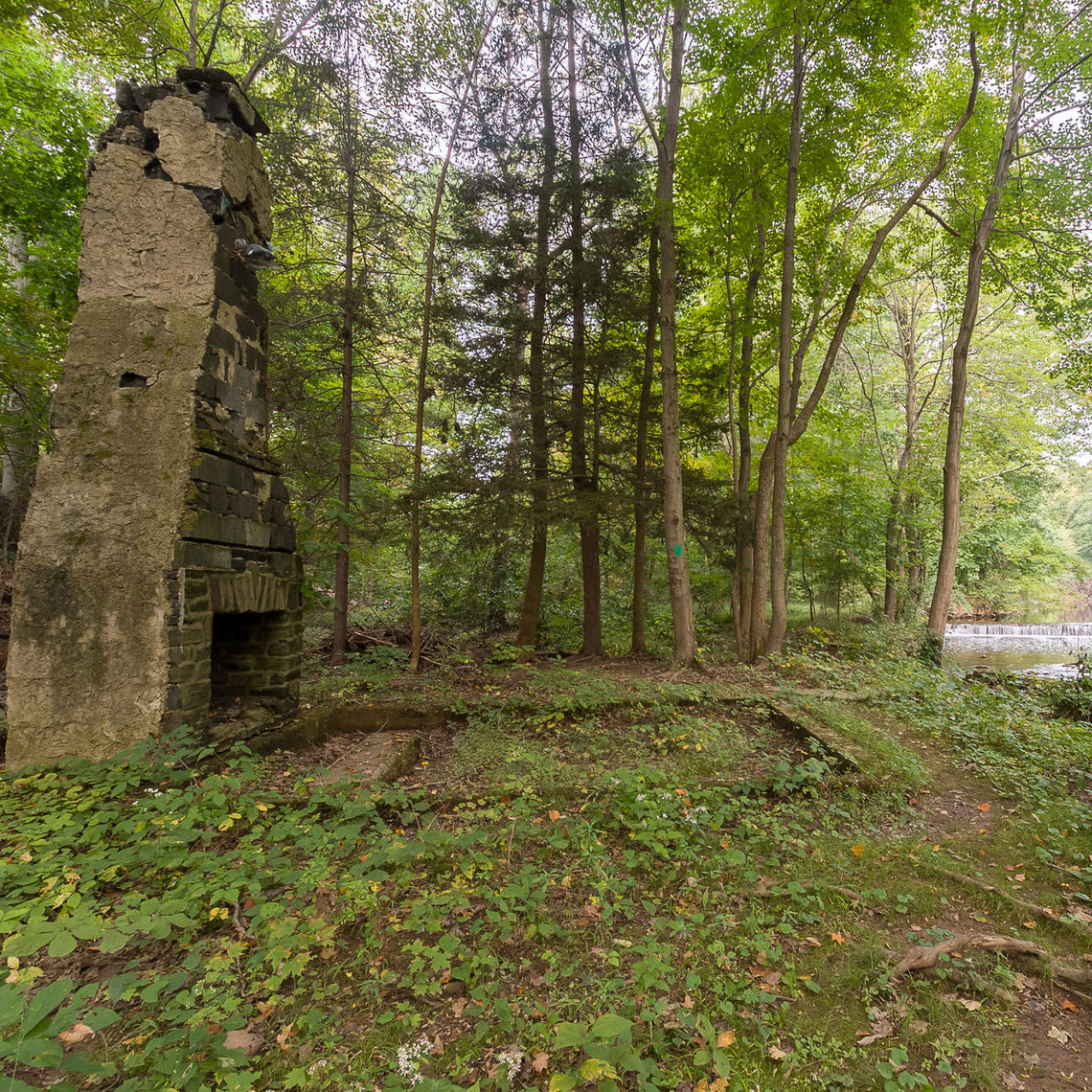 Many years ago, this fireplace was used a warming spot for ice skaters. Located in the King’s Woods section of the Green Ribbon Trail, a nearby dam created a still area of the creek that used to freeze over during the cold winter months. At this spot, locals would congregate to ice skate and warm themselves at the fireplace. The structure surrounding the fireplace is gone, but the stone remains as a sign of times long gone. 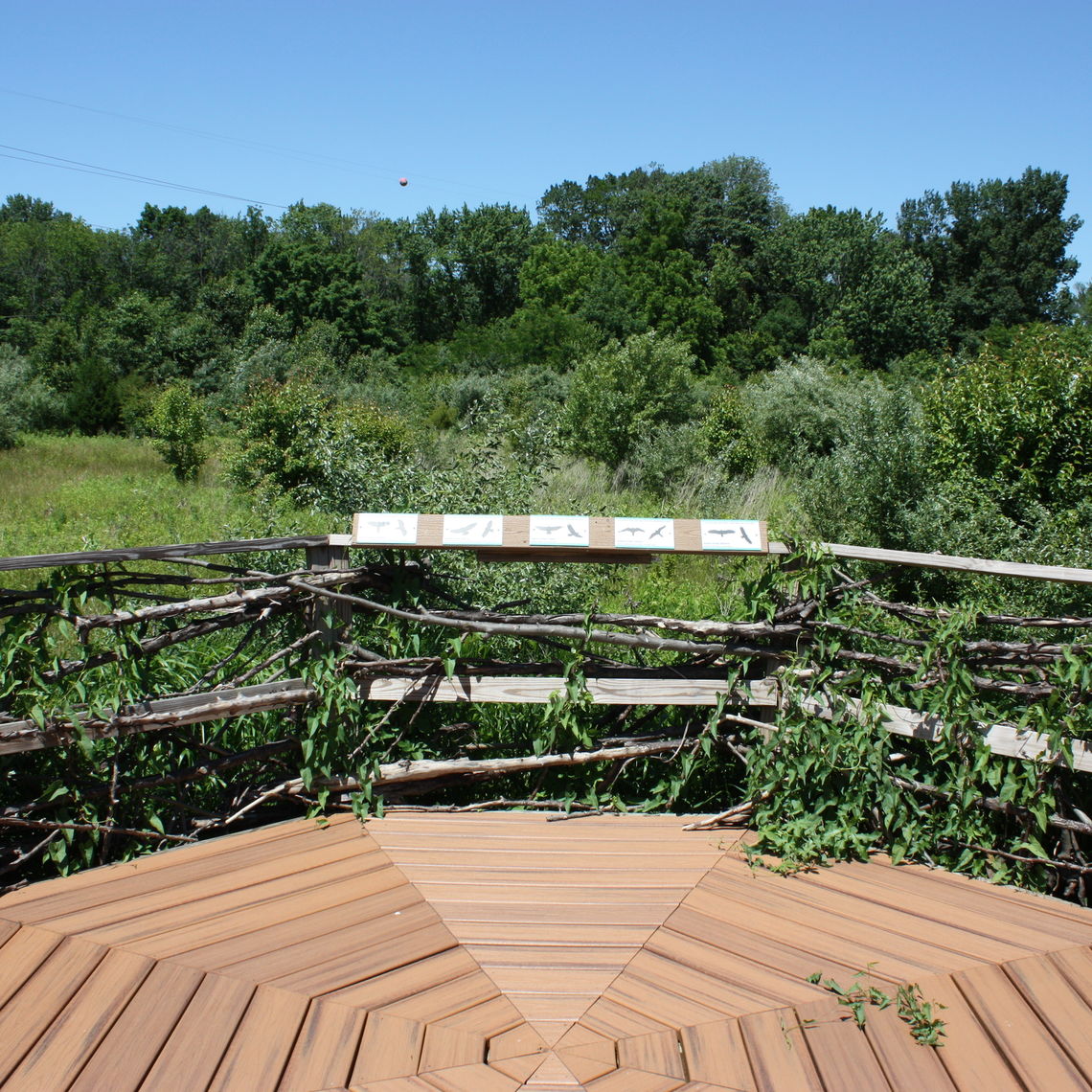 The Hawk’s Nest bird observation deck at Dodsworth Run preserve is a great place to, you guessed it, view hawks! With funding from REI and Merck & Co., Inc. and the help of local Eagle Scout Dominick Ortolani, Wissahickon Trails constructed the Hawk’s Nest viewing platform at Dodsworth Run Preserve. This elevated platform, built to resemble a nest, allows visitors to get a view of the vernal pool area and the preserve from a “bird’s” perspective. 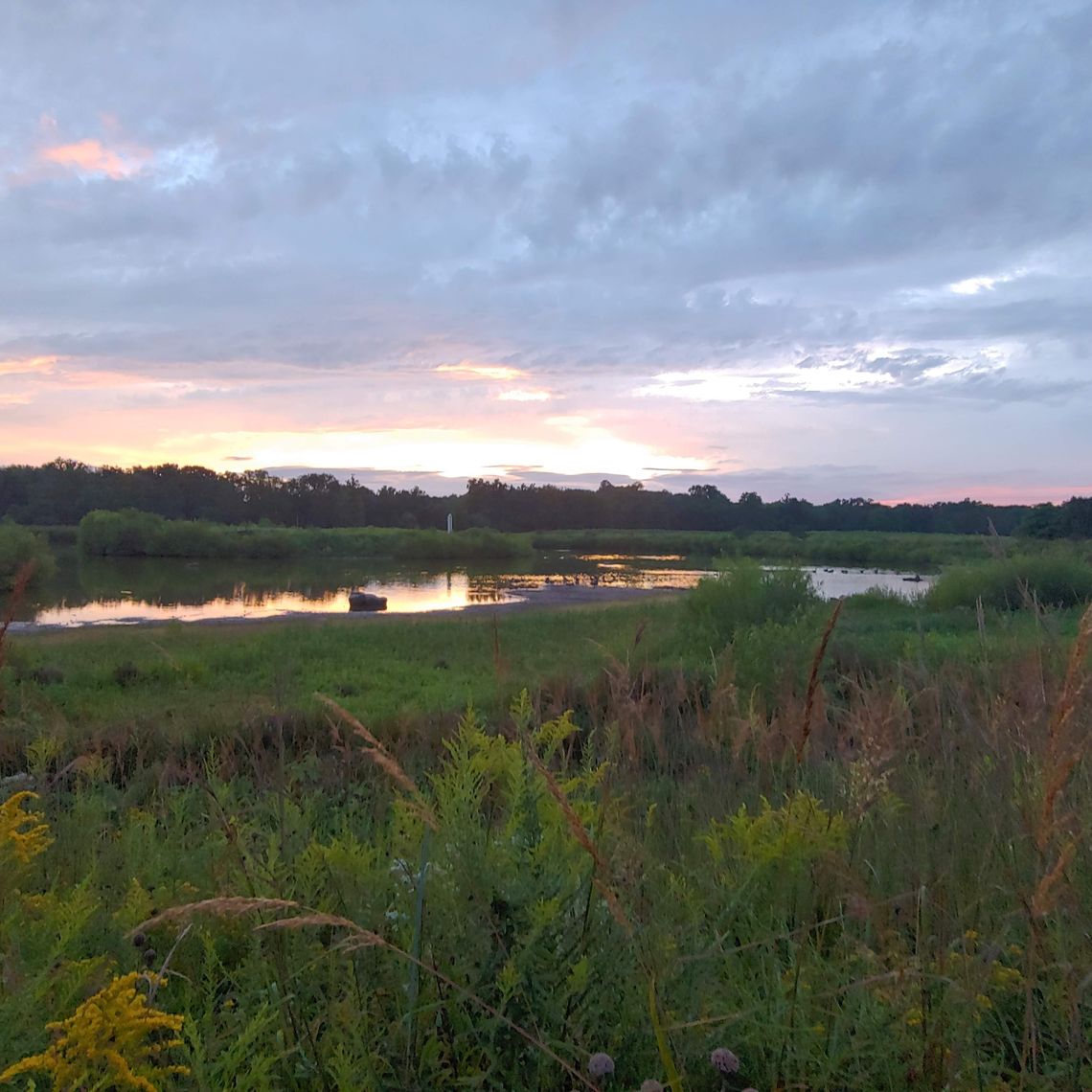 This preserve is an example how a community can come together to reduce the negative impacts that humans can have on the natural world and turn it into something beautiful. The Wissahickon Waterfowl Preserve is located in Ambler near the Wissahickon Creek and is at the site of the BoRit Asbestos Superfund Site. According to the EPA, they removed any potential risk from asbestos and completed all removal cleanup work in 2017. After the work was completed, a walking path and benches were installed around the fenced-in 11-acre pond. This preserve is an eBird hotspot and home to many beautiful birds. 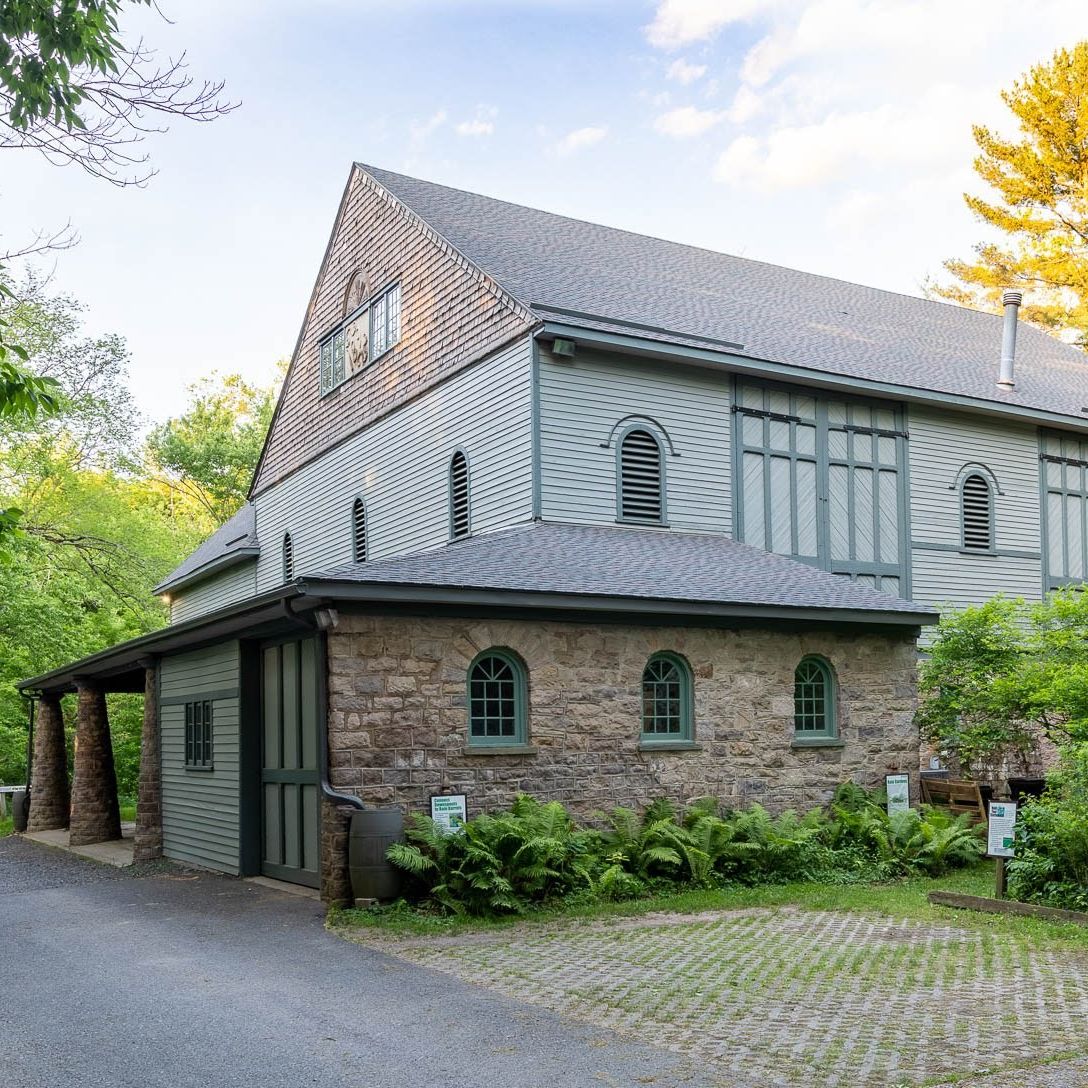 Wissahickon Trails is headquartered in a beautiful barn at Four Mills Nature Reserve along the Wissahickon Creek. The barn was built in 1891 for Charles W. Bergner of Bergner and Engel Brewing Company in Philadelphia. It was designed by Philadelphia architect Horace Trumbauer, who also designed the Grey Towers Castle at Arcadia University, Keswick Theater, Free Library of Philadelphia, Erdenheim Farm, and many more. The barn was part of a 93-acre estate called “Abendruh,” the mansion—which no longer stands—was built across Morris Road. In 1995, nearly 100 years after it was built, Wissahickon Trails bought the barn from Natural Lands to use as our headquarters. We welcome you to visit the beautiful barn before taking a hike on the nearby Green Ribbon Trail. 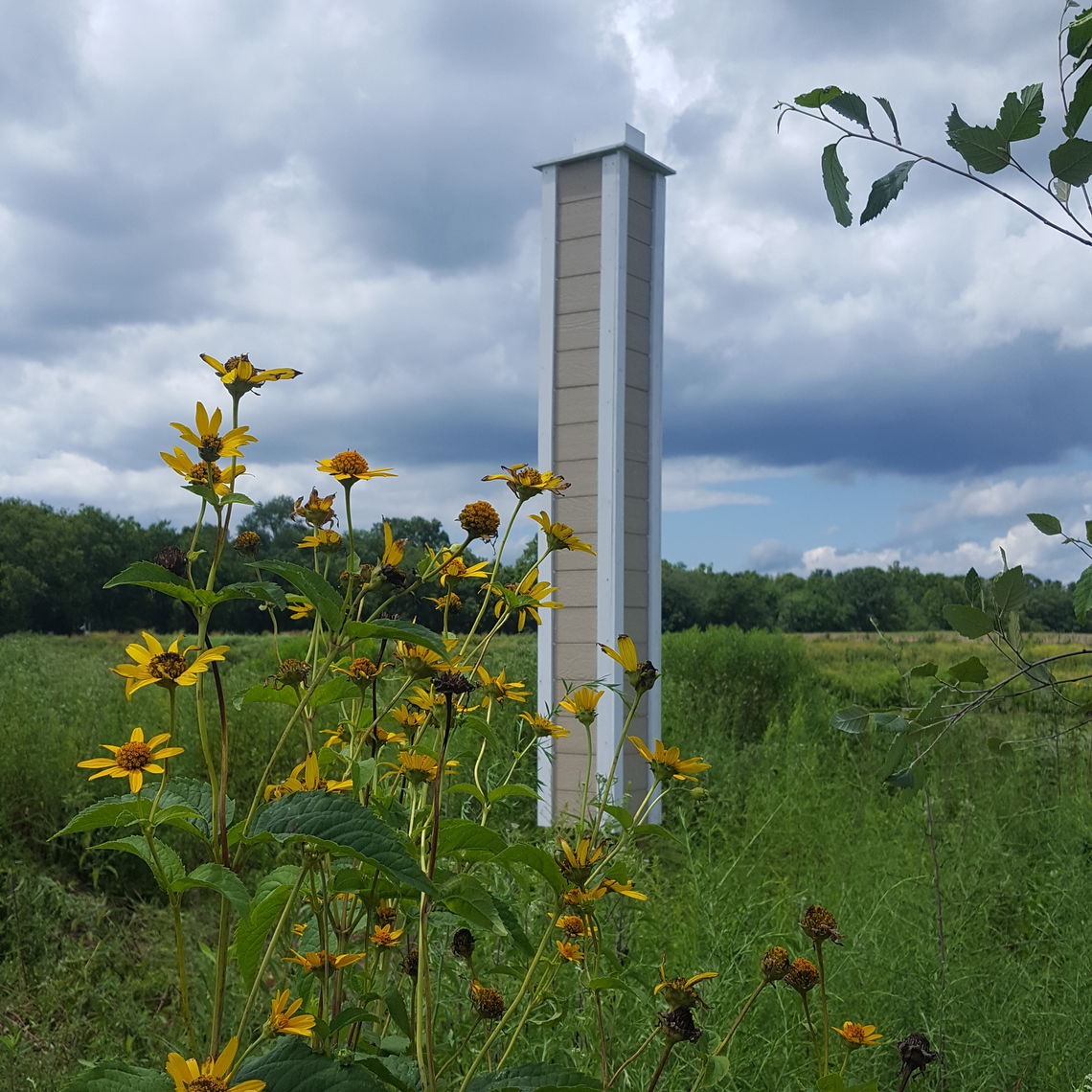 Chimney swifts (Chaetura pelagica) are one of the most distinctive bird species in North America, easily identified by their stocky silhouettes, chattering voices, and impressive aerial acrobatics. They are an integral part of a healthy environment, and some of nature’s most effective pest controllers; one bird can devour more than 1,000 mosquitoes in a single day.

In the last few decades, however, chimney swift populations in the United States have dropped more than 50% and Canadian populations by 90%. This decline is partially due to habitat loss. To combat habitat loss, we constructed four of chimney swift towers and installed them at Crossways Preserve, Dodsworth Run Preserve, Wissahickon Waterfowl Preserve, and Fort Washington State Park.