The Magic and Mystery of Fireflies 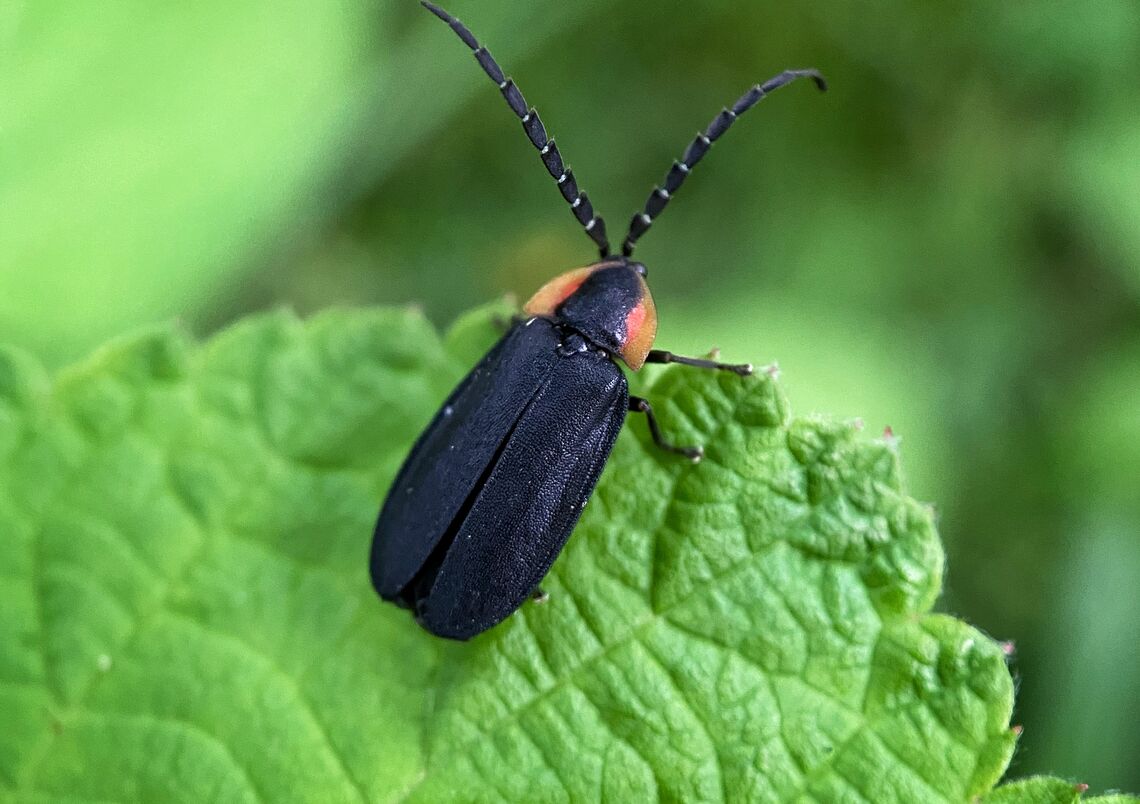 Watching the twinkling magic of fireflies (also commonly called Lightning Bugs) is a quintessential summertime experience akin to beach trips, fireworks, and family BBQs. To many of us observers, a firefly, is a firefly, is a firefly.  But in fact, when we see those nighttime sparkles of light we are bearing witness to a diversity of fireflies and behavior. There are 170 species of fireflies in the US and about two dozen species across Pennsylvania!

If you go looking for fireflies after dark in June or July, ideally to a meadow with woodland edge, look carefully and you will start to notice some differences.  Pay attention to the flash patterns.  The flash pattern is how male and female fireflies attract and find each other.  Typically, a male will flash first and look for a female’s response. Different species of fireflies have different flash patterns. You will also notice that some fireflies fly close to the ground and others fly higher up; some fly out in the open, others fly in among vegetation.  These differences in location also differ among specifies.

A firefly’s world is very small, their life as adults often remains very close to the spot in the soil where they lived as larvae. Because they do not migrate or roam much in search of new habitat, when a local habitat is destroyed or no longer supports viable firefly reproduction due to light pollution, the result is often a local extinction.  Firefly populations today are in decline due to widespread habitat loss, light pollution, and pesticide use.

What can you do to encourage and support fireflies on your property?

Provide habitat: plant native species of plants.  Fireflies need food, shelter and cover, while any plant can provide shelter and cover, native plants are best at providing the food (either in the form of pollen and nectar or hosting invertebrate prey).

Protect their offspring (larvae): don’t use broad spectrum insecticides on your property.  Bear in mind that even if the firefly larvae are not targeted, larvae eat snails, grubs, and other soil invertebrates.  Fireflies are very localized, they don’t move to new habitats, if there isn’t enough food where they are, they die.

Support reproduction: modify or turn-off artificial lights outdoors.  Artificial lighting outdoors makes it difficult for males and females to find each other, thereby limiting firefly reproduction.  Reducing the number of lumens in your outdoor lighting is a start.  But the best thing you can do is to add a motion sensor to your outdoor lights.  This way, you have the light when you need it, but you return the night to the fireflies when you don’t.

To learn more about where you can buy native plants, visit our website
https://wissahickontrails.org/take-action/take-action-at-home