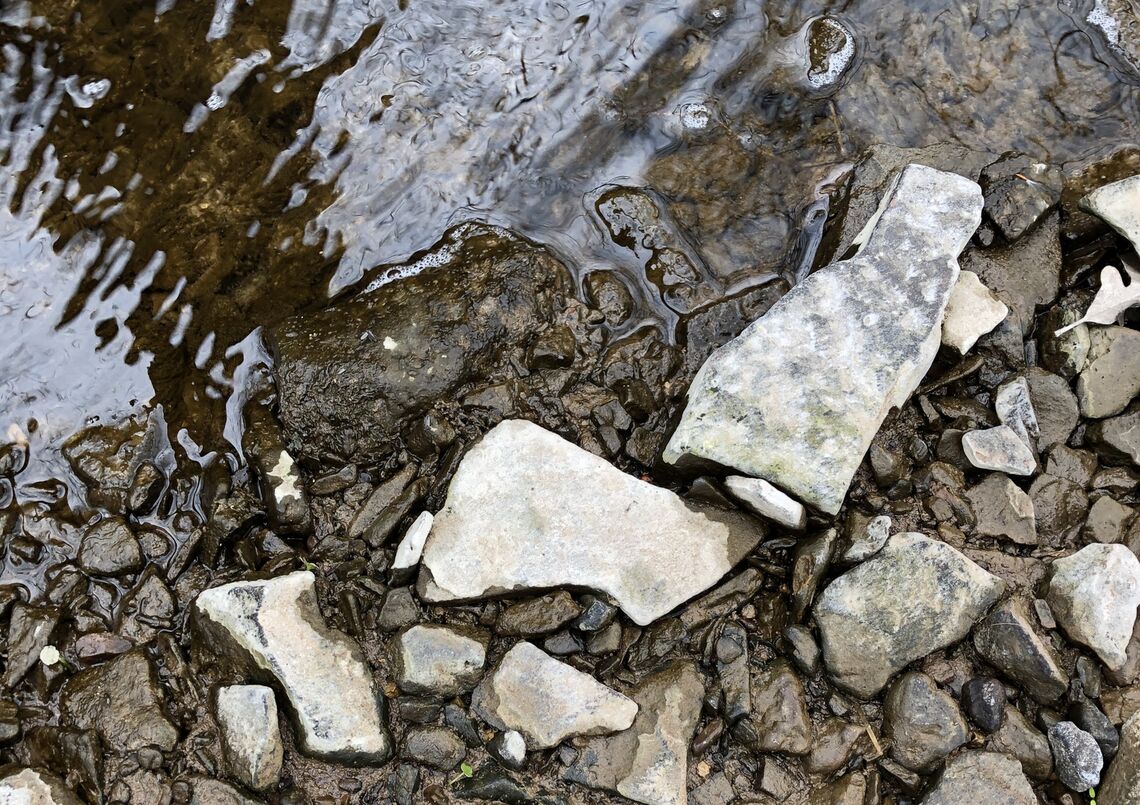 In March 2021, multiple Creek Watch volunteers reported a white substance on rocks along the edges of Wissahickon creek. What was it and where did it come from? Pollution? Weird bacteria?

In early March, there was still a lot of snow on the ground, and as days got warmer stream levels were high from lots of snowmelt. During mid to late March when Creek Watchers were visiting their sites, water levels in local streams had dropped and myseterious white deposits were left behind on streamside stones. When water levels drop in streams, it is common for silt, minerals, or even pollen to be deposited on rocks that are newly exposed during low water levels.

I found a few interesting articles that explore this a bit more: this article  from a New Hampshire newspaper talks about a similar phenomena in their streams, and a biologist discusses how when stream flow is very low, algae growing on rocks that are usually submerged die when no longer water-covered, leaving mineral deposits on the rock surfaces. And you can see similar photos and information about varying types of streamside deposits in this guide called "What's that Weird Stuff in Water?"

Because this white substance was observed in the Wissahickon Creek after lots of snowfall and snowmelt, it is likely mineral chloride deposits from all the salting of the roads during the previous weeks. This is a clear example of how runoff from our suburban neighborhoods and roads carries anything on the roads right into our creeks! Salt in our streams is not good for stream health, and can be toxic to aquatic life and other living things that rely on streams' fresh water. The Izaak Walton League of America has some great resources to read more about the problem of salt in streams and what can be done about it!